While Mai took our guests to the balloon ascension this morning I pedaled the back road from Albuquerque that runs between the Sandia and Manzano ranges and then on up the Sandia Crest.  Bicycling truly is renewable transportation.  It’s a special kind of renewable power that is human sourced.  The more you use it, the more power you produce.  My rides lately have been shorter with work and family priorities, and I noticed the Crest was harder with less practice.  It was a good day to take it slow, be social, and explore the colors, sights and sounds of Fall. 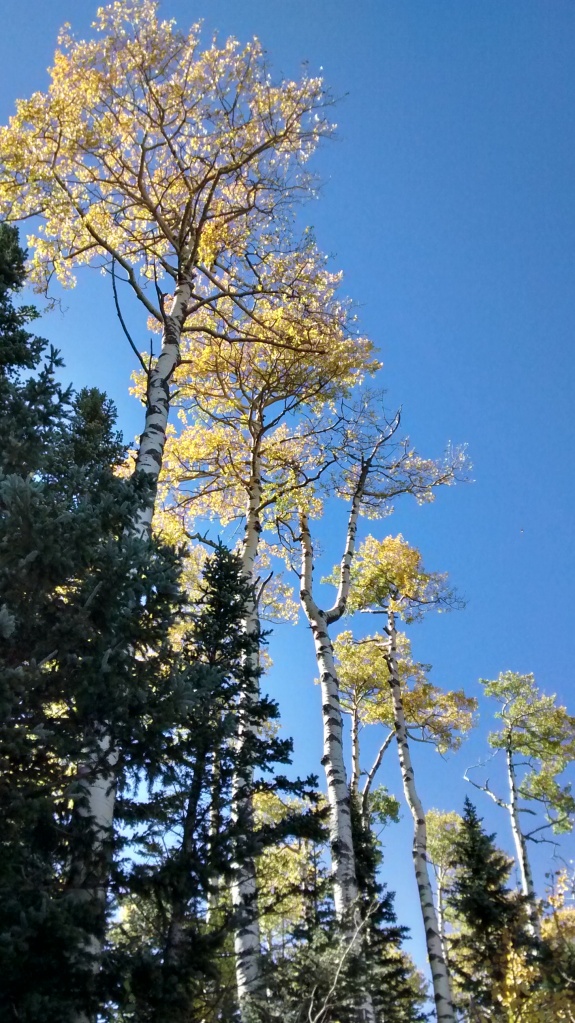 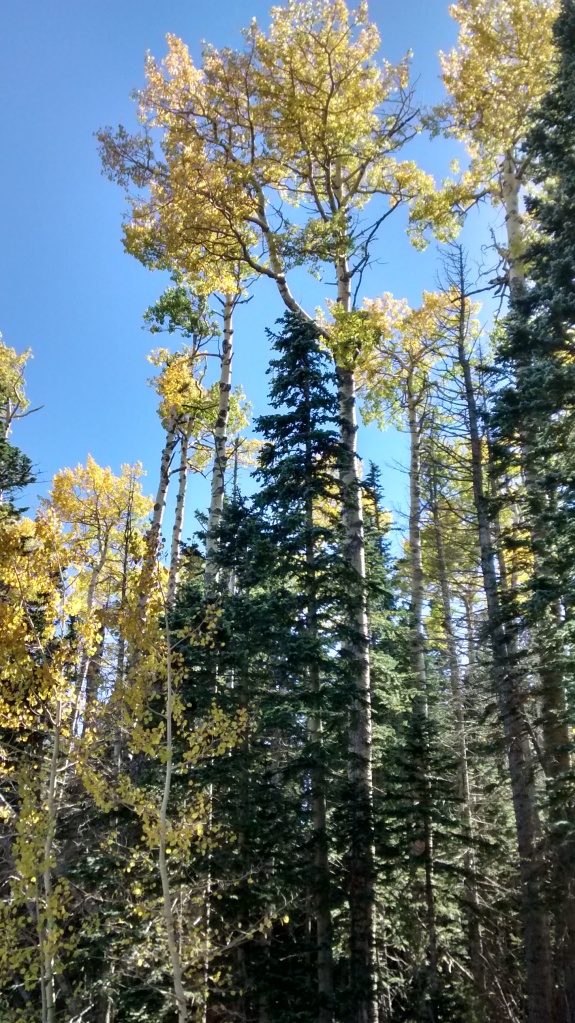 There are people from all over the country visiting New Mexico this week for the Balloon Fiesta, and many are checking out the other attractions as well.  I saw so many out of State plates today.  At the base of the Crest in the piñon forest people were gathering pine nuts.  I’m guessing most of them were locals.   At the observation deck at the top people were climbing out of their cars stiff legged, yawning and stretching tight backs, arms in the air, loosening up for the final wind up the walking path that leads to the top of the Sandia Crest.  Almost every trip with a car or bike is finished off by walking.  And so it is on the Crest way up above 10,000 feet. 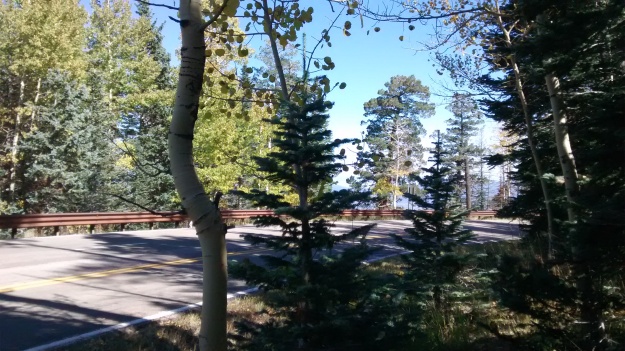 As always people at the top are eager to talk.  As I was sipping a coke, taking in the scene and putting on my SESES wool jersey, and arm warmers, I met a gentlemen from Detroit who loves Trek bikes.  He owns a couple.  I asked if he had heard of the slow roll rides founded in Detroit and indeed he had.  I would like to get some of that good vibe going in ABQ.  I know a lot of neighborhoods are doing walks together, and hosting farmers markets.  Let’s bike together too.  I met a woman who asked me how the descent was, and if the brake pads got hot.  I said oh, the brakes take it no problem, bikes weigh nothing next to cars.  You could do it too.  She smiled.  People are curious about riding.  Walking at the top people say good idea to ride your bike up, the descent must be fun, the hard part is over, kids say wow.  Everyone smiles.  It sure is a lot of fun riding with an open canopy and intermingling with the trees and people.    Everyone I talked to was having a good time.  I was too and let people know the biking here is great, try it out.  What a great way to take in the colors.  I am grateful for the Crest road to bicycle on.  Every day the Crest is a Fiesta, or wherever you decide to take a ride, ¡Fiesta!