Don’t do anything that isn’t play.  –Marshall B. Rosenberg, “Practical Spirituality”

Sunday I rode up the Sandia Crest with my friend Brud.  Brud is in his 70’s now.  Every year he makes a simple goal for himself, to ride up the Sandia Mountain.  This year he’s had challenges with back and leg issues, so there was no guarantee it would happen.  But Brud’s determination won out.  As a personal health goal there is a genius to this method of climbing a mountain. 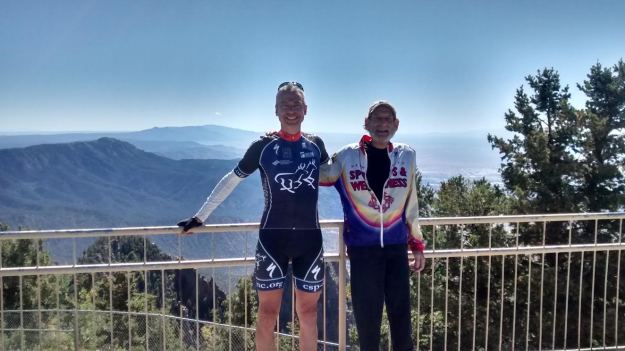 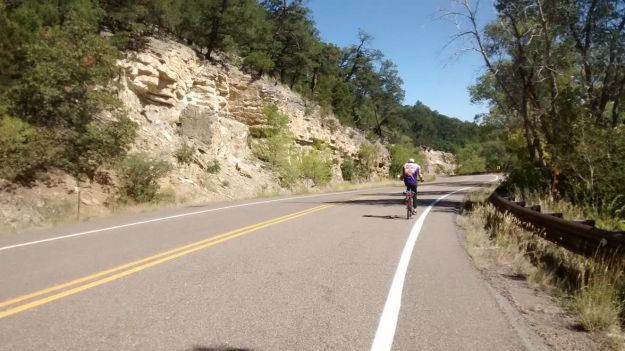 Brud recruited a lot of friends to help with his effort.  His friend Marie (Pictured with Brud in the 2nd picture below) started with him, and went all the way to the top.  She was so fast she had time to go home and get the car to come back and check on Brud.  Our friend Sierra started with Brud and cheered him on until the turn off to Las Huertas Canyon.  I started later and caught up to Brud for the last stretches to the top.  On the way he made more friends as other cyclists and occupants of cars saw him & collaborated with cheers when he made it to the top. 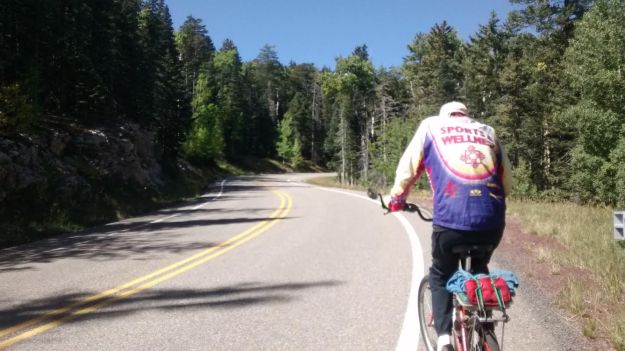 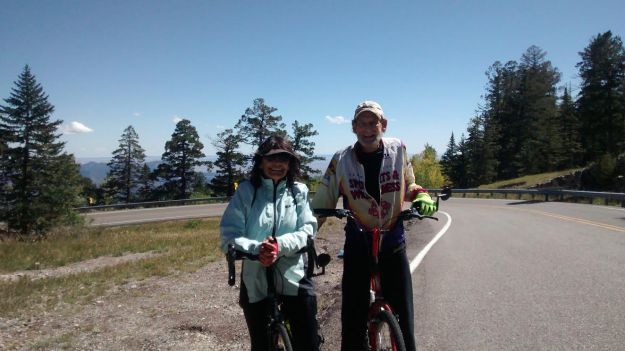 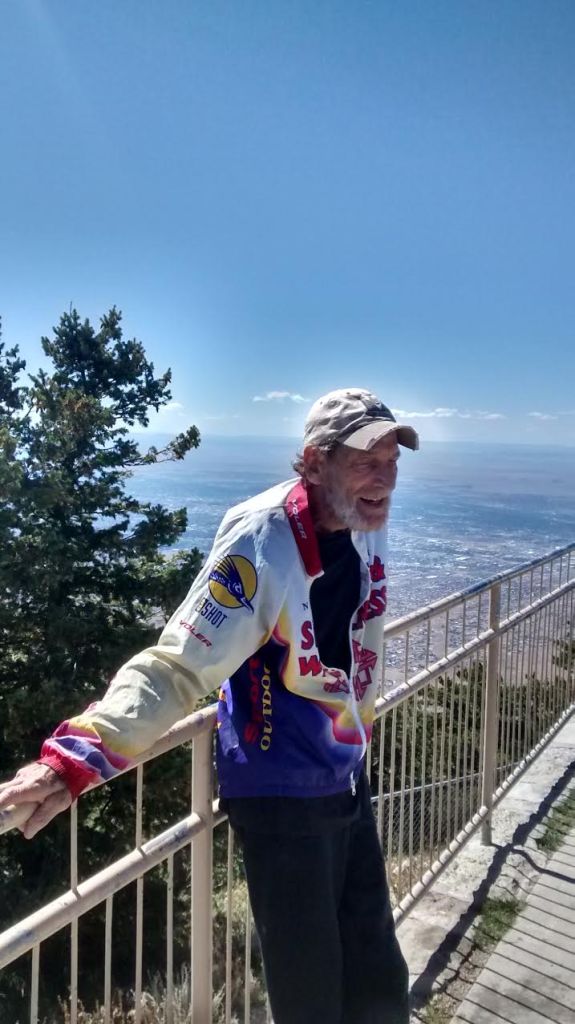 It was an awesome effort.  Great day.  I think Brud inspired a lot of people riding up that mountain in his sweat pants and tennis sneakers.  As we sat on the rock wall by the entrance to the Sandia Crest House gift shop, Brud devoured a homemade peanut butter and jelly sandwich he carried up on his bike rack.  He doesn’t consider himself an athlete, and the bicycle is just a way of getting around.  Brud is also a wood carver, and he is in the process of crafting a small bicycle, which is pictured below.  He said building it small made him concentrate on the details.  By taking his time and not rushing things he thinks it will come out nicely.  It just amazes me what he’s able to do and say with a few simple things.  Super fun sharing a ride with Brud. 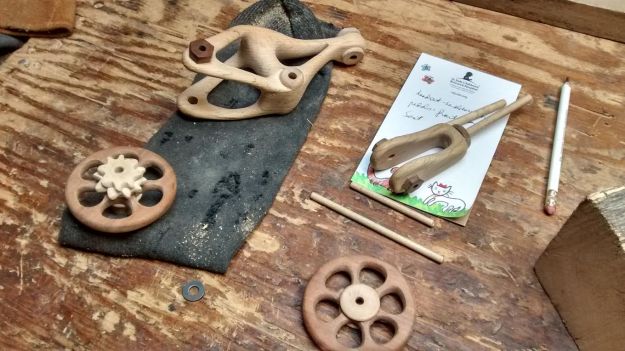 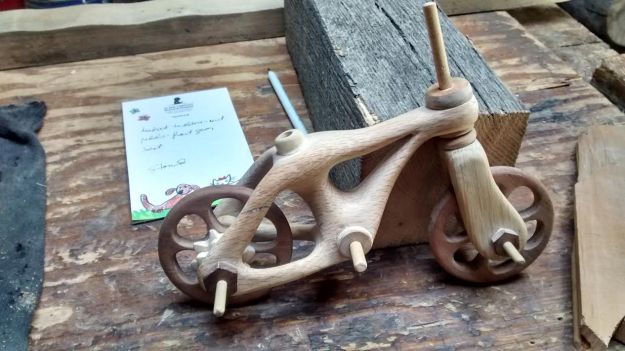 What you do will be play when you can see how it enriches life…I want to see that energy reflected in the person’s actions as they go out and make things happen.  It’s something you do, a practical spirituality.  –Marshall Rosenberg 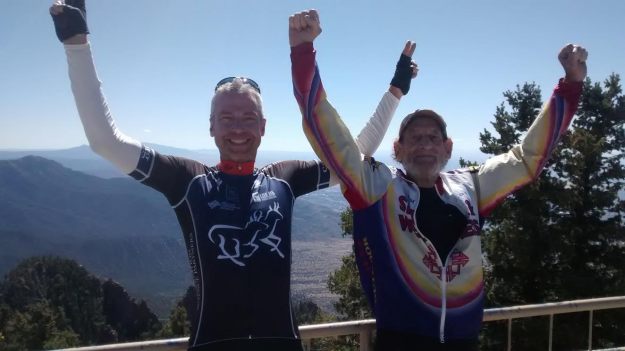 this was Brud’s idea, throwing our arms in the air

Last year I rode with Brud and friends up the Crest on June 14.  There was a Lemonade Stand set up by kids at the end of our climb.  Serendipity is awesome.  Here’s the Strava feed: https://www.strava.com/activities/1638809331