There are so many places to bike in and around Albuquerque.  Early Monday morning before sunrise I pedaled up the Paseo de las Montañas toward the Sandia Mountains and watched sunrise near Elena Gallegos park.  And this morning I rode west crossing the Río Grande and warmed up underneath the basalt rock Volcano Cliffs.  Still using my cell phone for photos. 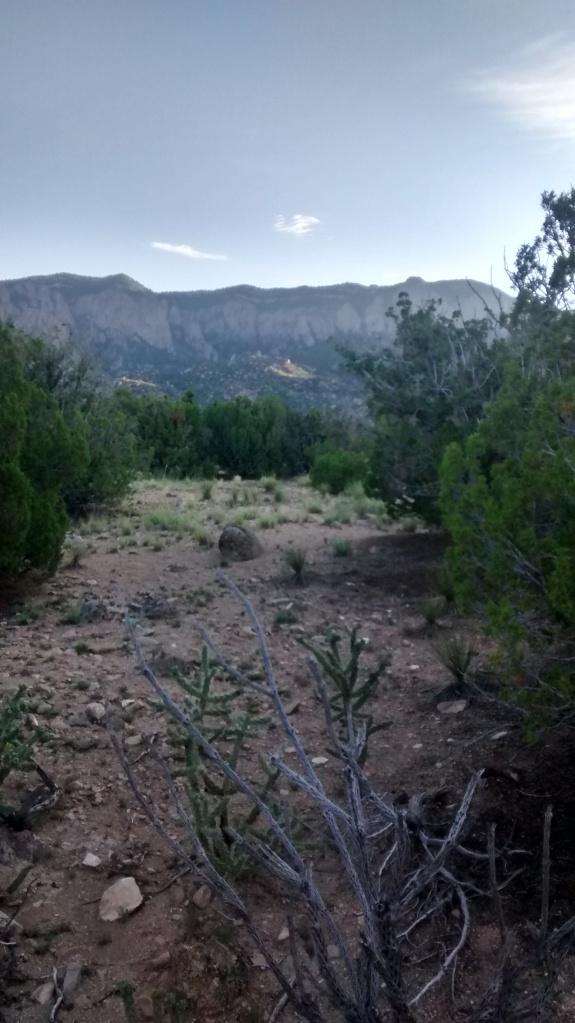 Albuquerque is built on gravel and sand in the Río Grande rift valley, which is one of the youngest and largest continental rift valleys on earth, geologically similar to the East African rift valley.  The river has followed the rift valley south from Colorado.  It is no wonder this place is so ecologically diverse and interesting, with these geological processes at work.  The Sandia Mountains are the oldest rock around Albuquerque and make up the eastern edge of the rift valley.  They are fault block mountains and 1.4 billion years old.   The trails in the High Desert and Elena Gallegos areas are so well maintained I can get up there with my trusty Trek bike. 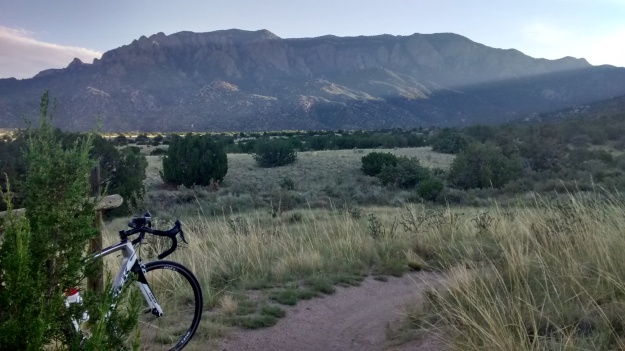 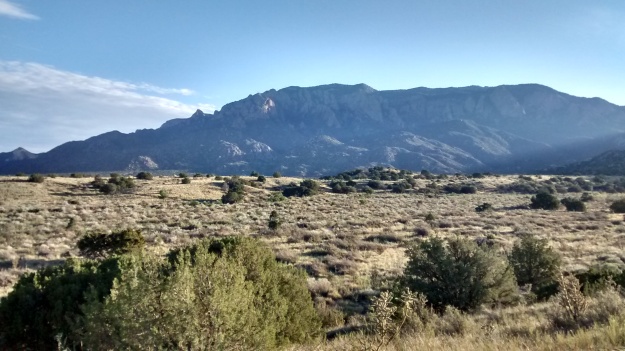 The volcanic fields on the west side in the following pictures are relatively young.  The volcanoes erupted 140,000-220,000 years ago.  The magma worked its way up through a fissure crack and spattered through a series of cones.  The three main cones–Vulcan, Black, and JA–are subtle yet beautiful imprints on the western horizon, clearly visible from almost anywhere in town.   The Río Grande channel erodes the lowest area between the Sandia and Volcanoes and the edge of the river’s erosion is the volcanic escarpment on the west mesa, or Volcano Cliffs.

I was amazed encountering these flowers today.  We have Broom Dalea (purple sage), Jimson Weed, Sand Sage, and abundant sunflowers.  This is my first August here in Albuquerque and the landscape’s variation through the season is remarkable.  The volcanoes didn’t look like this earlier this year.  The diversity between the east side of the valley and the west side is stunning.  It makes for a quite a special place to live and ride, and makes it difficult to pick the better side.  Both incredible.  I’m building posts covering the bike infrastructure on both sides. 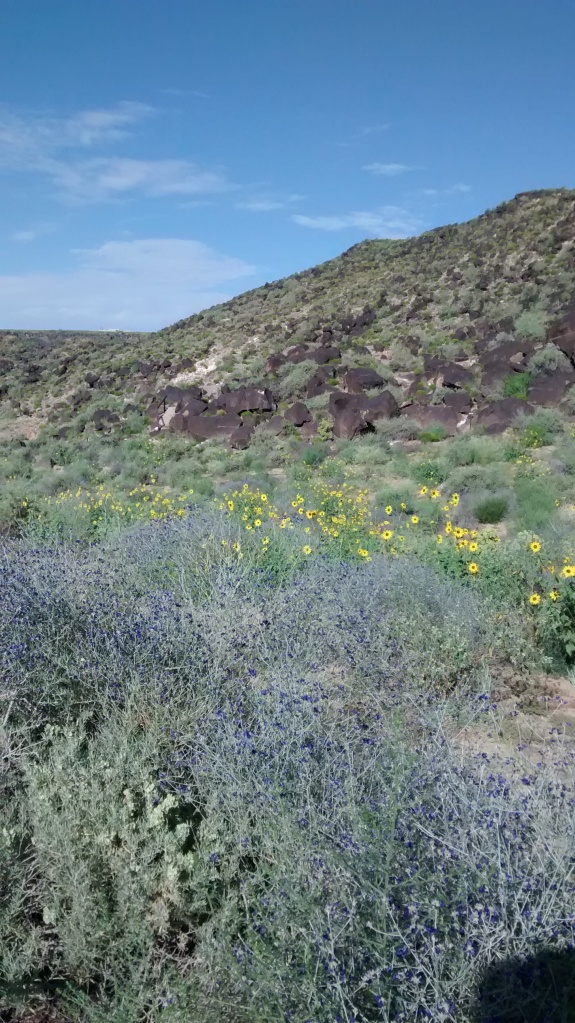