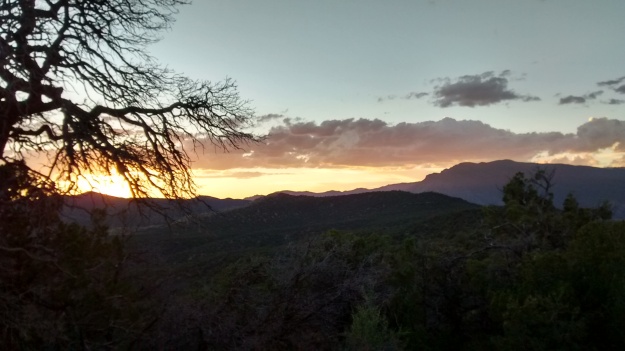 “Those who dwell among the beauties and mysteries of the earth are never alone.”
–Rachel Carson

Just a few minutes away over on the eastern perimeter of Albuquerque is a whole other world defined by rippled mountains and ecotones blending high desert vegetation with noble pine forests.  We went hiking Sunday late afternoon in Otero Canyon in the Cibola National Forest in the Sandia Ranger District.  Although the Forest Service has challenging work managing human impacts to this arid Southwest Forest ecosystem, we experienced a beautiful landscape and much solitude as we hiked up Otero Canyon to West Ridge, then back on Tunnel Canyon. 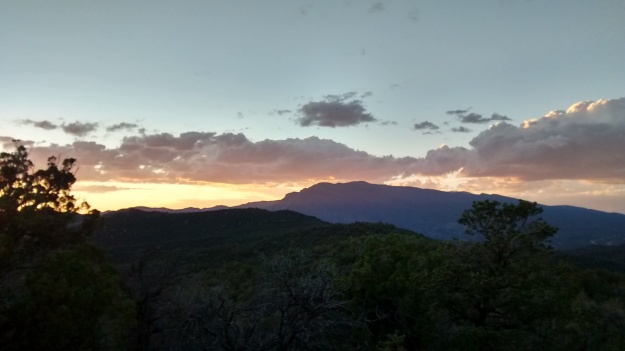 People sometimes don’t realize all that New Mexico holds.  The variety in the central region alone is something to behold.  It is a prime reason we moved here.  This area includes the Chihuahuan Desert reaching up to Albuquerque from its stronghold in grand northern Mexico, all the way to the top of the Sandia Crest, where the tall timber and rugged mountain cliffs make Canadians accustomed to the Rockies feel right at home.  The Manzanita’s hold something in between, with bright desert flowers blending with lush grasses breathing between the well tempered mixture of juniper, piñon, oak, and occasional ponderosa trees.  The curvature of the canyons and arroyos bear the shapely imprint of water flowing over time. 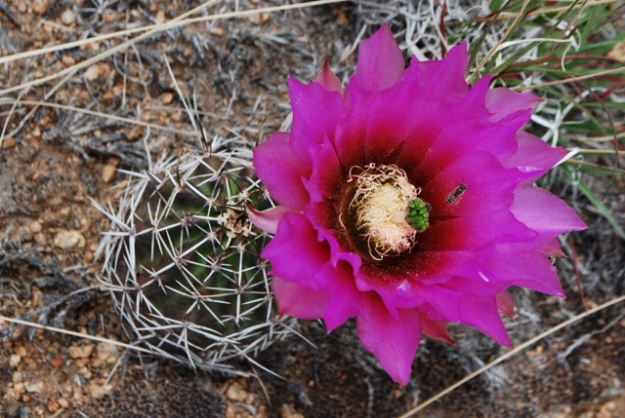 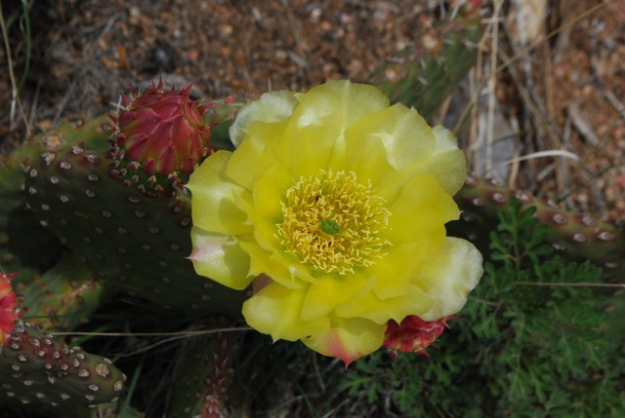 Serious mountain bikers say that the Manzanita Trails are more technical than the Sandia foothills.  Wow that’s true!  I was glad we were walking here.  Though mostly subdued, there are many sections of loose rock scree and steps and ladders formed by unyielding blocks of limestone.  My first thought was this is why you need a full suspension on a mountain bike.  Walking was perfect for our trip because there was so much detail to visit up close.  In fact at times when we stopped for a sip of water and looked around we noticed more features on the forest floor that otherwise–even at walking speed–we would have passed by.   There is reason to return for more walks here.  And I will cycle over to ride the more gentle forest paths. 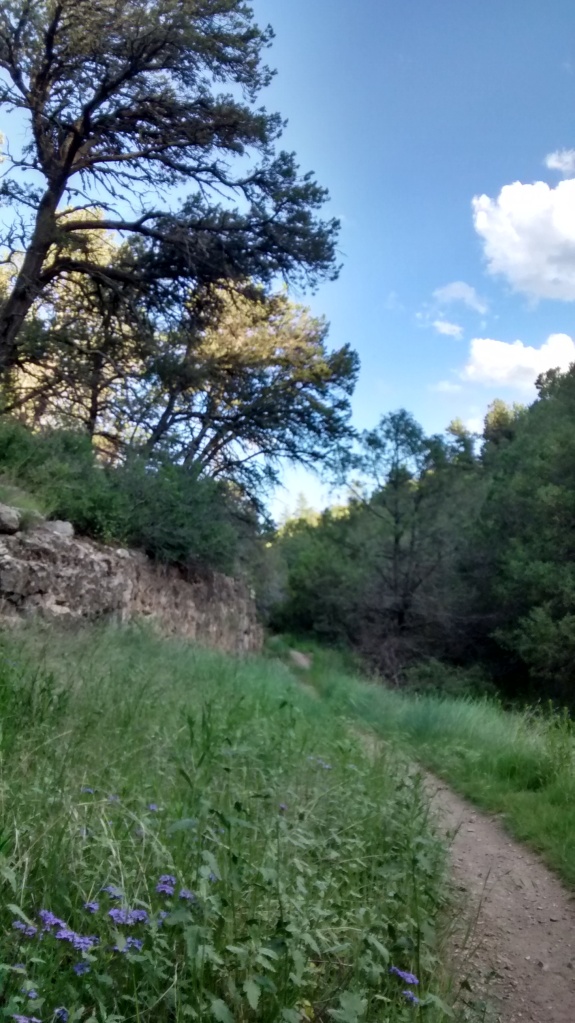 Much of New Mexico has surprised us but one thing everyone expects is good Mexican and New Mexican food.  You won’t be disappointed.  Work up a good appetite with a walk or ride and then replenish with down home friendly food.  The food here is good for the earth and us.  Corn is better for people to eat than it is for livestock, and connects us with the ancient ways.  Beans are a nitrogen fixer for the soils, and so good for you.  There is plenty of chile.

Photo Credits:  Thanks to Sansai Studio for the pictures of the flowers, pine cone, and food.
Local Food Guide: Check out the New Mexico Farmers’ Markets and many authentic restaurants.
You can have Christmas anytime in New Mexico.  Just ask for red and green chile.