“A thing is right when it tends to preserve the integrity, stability, and beauty of the biotic community.”  –Aldo Leopold, Sand County Almanac

This year is the centennial of the founding of the Ecological Society of America.  The ESA is an organization based on the principles articulated by an American prophet of ecological relationships, Aldo Leopold.  Leopold grounded his science in a system of interdependent and reciprocal relationships.  He called for a land ethic that encouraged people “to see land as a whole…to think in terms of community rather than group welfare, and in terms of the long as well as the short view.”   The “land ethic simply enlarges the boundaries of the community.”  Leopold would not see landscape as scenery, but something we are a part of.

Leopold’s ideas are so strong, fundamental, and universal his principles easily apply to bicycling.  I think of the public road environment as its own ecosystem, a microcosm of the world we live in, one that supports human life.  The bicycle not only preserves the integrity of the street life but it enhances it with a fitting human presence.  There is nothing more pleasing than to be with happy people, especially in health promoting surroundings.  The bicycle’s simple technology is perfectly adapted to amplify human powers but not so much that we get the illusion we are removed from the sense our welfare is dependent on that of the whole.  The bicycle promotes an ethical relationship to the land, our communities, and our bodies, every thing we need to perceive the truth of what underlies the health of both culture and land. 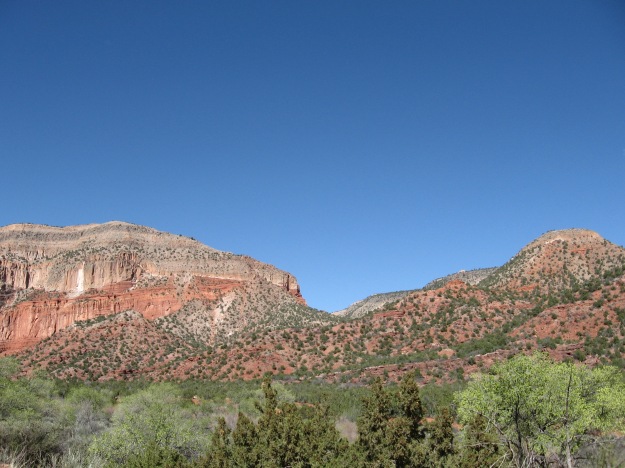 We are at a time in the development of this nation when we need the bicycle.  It is at the confluence of our struggles to create healthier weights and lifestyles, transition to more neutral energy sources, conserve the inheritance of fossil fuels and fossil water for a time span longer than 50 years out, extend the benefits of civilization consistently, and fulfill the promise of respecting and uplifting every individual’s dignity.  The bicycle is something I can pick up every day that grounds me in a productive process.  It helps me do today what I think needs to be done for the future.   I want to thank the Mr. Leopold and the ESA, the bike planners and engineers who have created the parts of the transportation system that encourage good bicycling now, and especially the practicing bicyclists out riding growing that ethical sense that people belong on the land through living acts of remembering what supports us.  Bicycling can be a fulcrum, a pivot point, our whole world can turn on.
——————————–
references/links:
http://esa.org/baltimore/  Ecology seems to me the central science because it is based on relationships, interactions, and the functions at the interface of phenomena coming together.  It is important to note ecological science is nascent.  Imagine how much we have to learn.

http://www.aldoleopold.org/AldoLeopold/leopold_bio.shtml  Aldo Leopold showed the force and power of espousing original principles and ideas and advanced American life in a manner similar to Ralph Waldo Emerson.

http://yalebooks.com/book.asp?isbn=9780300190380  Wilderness and American Mind by Roderick Nash is a great source book for discovering the America we thought we left behind.  The quotes in the first paragraph are from Nash, 3rd edition, page 196-197, quoting from Leopold’s essays “The Ecological Conscience” published in the The Bulletin of the Garden Club of America, 46 (1947) and “The Conservation Ethic” published in Journal of Forestry, 31 (1933).

I took these photos last Sunday on the southern flanks of the Jemez Mountains while we were exploring the Jemez River and Rio Guadalupe.  Finally, if you are interested in learning more about ecology, the seminal read is A Sand County Almanac, And Sketches Here and There