“That day changed me…That one day that I watched the crane fly away gave me peace and love for nature and wilderness.”  –Kate Stratton, sixth grade, overall winner of the Aldo Leopold Writing Contest, from New Mexico WILD! , the newsletter of the New Mexico Wilderness Alliance, Fall/Winter 2014.

I called the Open Space Visitor Center this weekend to see if the cranes could be seen flying out but Charlie said they close at 5pm and the cranes stay in the field until after that.  I called the Bosque del Apache refuge and Beverley said almost all of the cranes were gone for the season.  It is a good thing we already visited with the cranes on several occasions this winter!  Some day we’ll have to go visit them at their summer home above the arctic circle in Canada at Banks Island and Alaska.  Now that would be something else!  Knowing the cranes have mostly migrated away for the season made me feel like life is slipping through my fingers.  Those cranes were an incredible lift to our first season here in New Mexico.  They delivered a great peace indeed.  Now we’ll have to wait until the next season.  We’ll be here for their return.

Mai and I did get to Elena Gallegos Open Space for a hike Saturday late afternoon.  Thanks to the foresight and generosity of a family, land in the foothills of the Sandia Mountains was bequeathed to Albuquerque.  This  wonderful interconnected parcel of open space preserved for low impact uses is forever part of the public domain.  The Foothills Open Space provides a nice buffer to the wilderness in the mountains above, and like the rim of the Grand Canyon, I’m very glad it was not privatized and divided up from landscape into real estate.  Conservation bestows lasting benefits.  We can still use the land, we just don’t use it up, exhaust it, or degrade it.  We maintain the landscape’s resiliency.  Spending time here, as with the cranes, softens our hearts and opens our minds.  The animals at Elena Gallegos were mostly hidden but you can still sense them with your natural faculties.  The bears must be hibernating but slowly awakening.  Mountain lions and deer all around.  The Sandia Crest so near you can see the vivid light moving over the textures of the rock faces and the whole range slowly reddening as the sun drops down over the distant mesas and continental divide bathing the earth in yellow light. 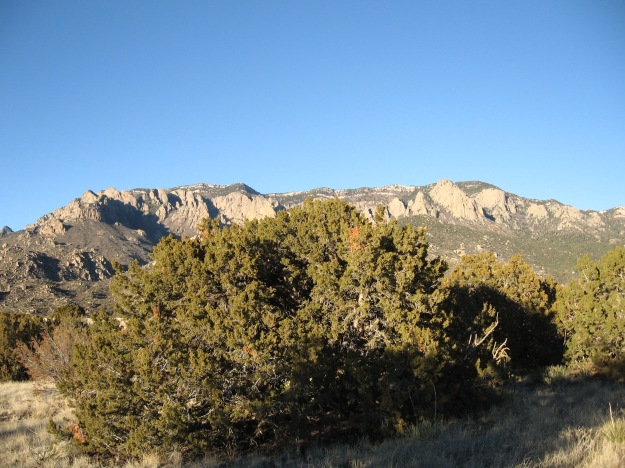 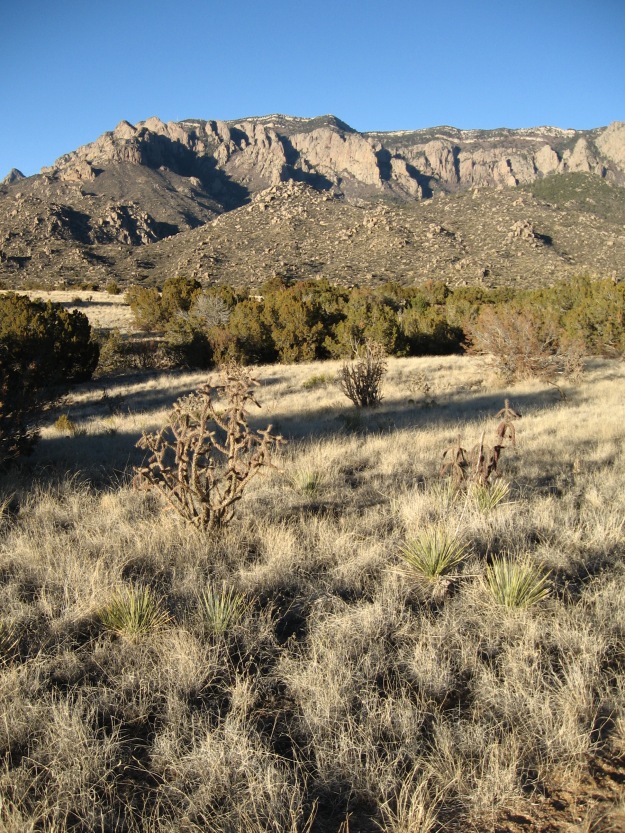 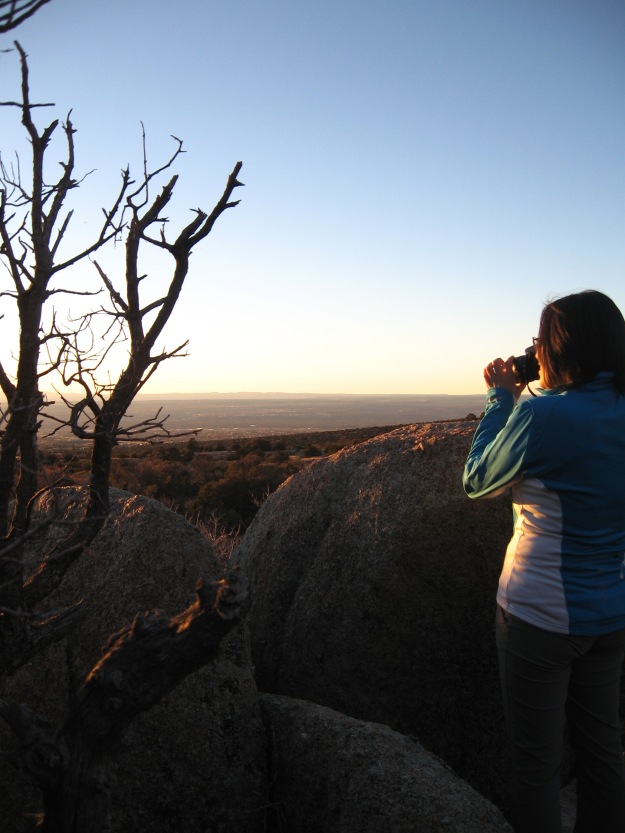 Truth is life has not been slipping by at all.  The cranes and the sun always come back around.  We just have multifaceted focal points.  For me I did a couple bicycle rides over the weekend that mean an awful lot.  On Saturday six of us did a group ride through Tijeras, down South 14, back on the 217 “the rollers”, working our way through Sedillo Hill and then on up to the Ski area on Sandia Crest.  This was a group ride with lots of climbing and a lot of good exchanges amongst the riders.  Sunday I rode up to the top of the Crest.  From Elena Gallegos I felt like I could reach out and touch the mountains and the next morning I pedaled my way up on two wheels.  Both days had over 2000 meters of climbing on the bicycle. 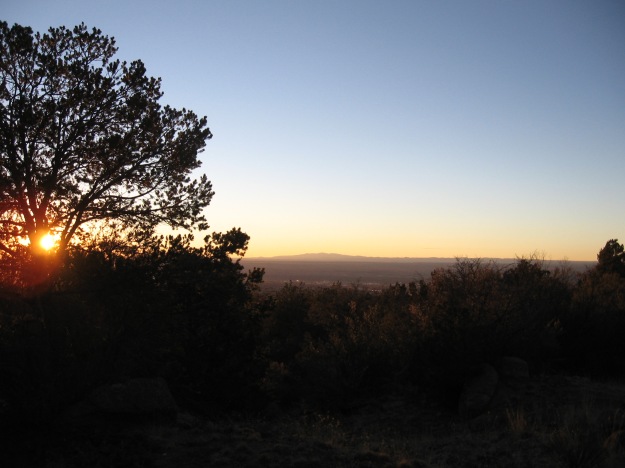 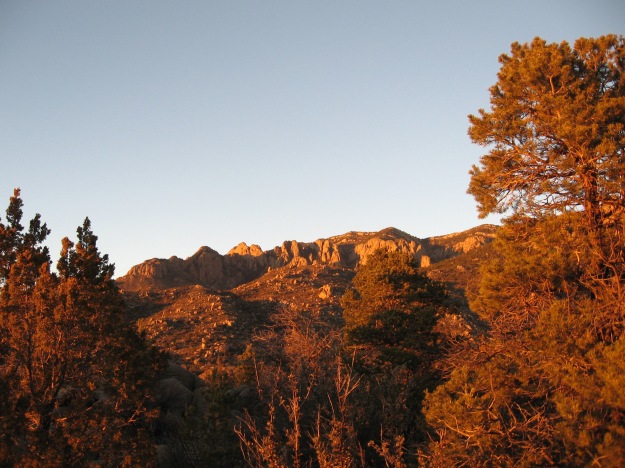 Sunday afternoon we hiked in the foothills around “the mound” off of Copper.  There are so many trails so far we have ended up doing something new every time.  Monday is work and then the Greater Albuquerque Bicycle Advisory Committee meeting from 4:30-6:30.  I am serving as the representative for the Northeast city quadrant.  I’m really looking forward to converging my experiences with planning and geography, health and mobility, nature’s economy and human living, at the nexus of the bicycling life in Albuquerque.  The cranes bring us peace and with bicycling we can get out there in touch with all the finished beauty, including ourselves as a people.