This afternoon we drove to Albuquerque’s west side and walked along the basalt escarpment and through Volcano Park in Petroglyph National Monument.  The Monument and West Mesa Open Space place limits on development not too far up from the river.  Out here on the high West Mesa in the wide open desert, the space and stark contrast to the forested mountains high above Albuquerque and lush riparian ecosystem within it are startling.  The earth opens to sky. 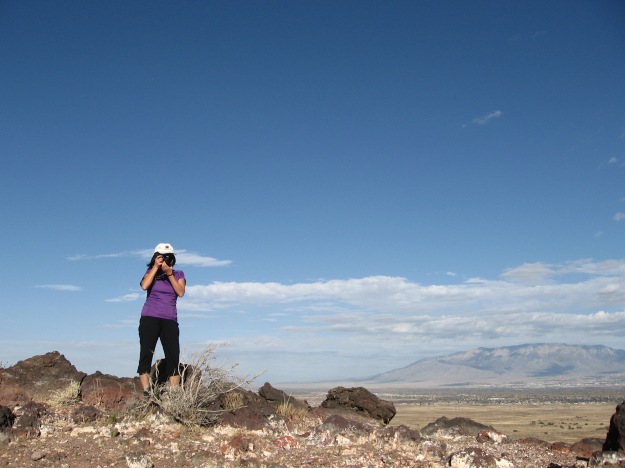 Sansai Photography at work in the field

Taos, New Mexico’s plateau lends a sense of enormous space, but here in Albuquerque the views are outstanding as well and surprisingly expansive.  There is nothing diminishing about this fine country.  It is an interesting endeavor to think of a comparable city life that fits into this landscape without constraining it. 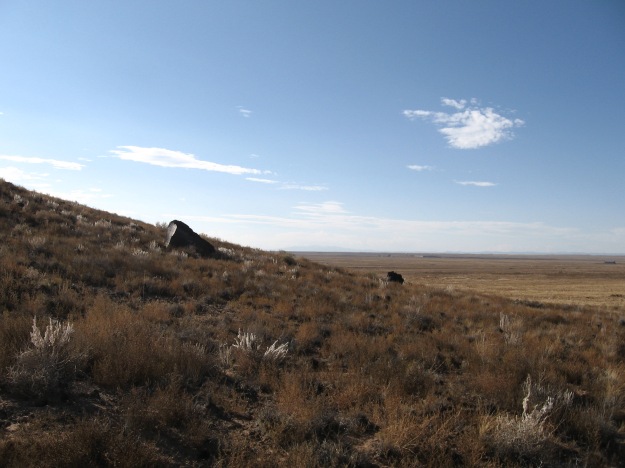 Desert Views. Nothing escapes from the sun out here.

When you get out of the city here you really get out.  This is an important element in the flavor of Albuquerque.

We walked on sand and cinder strewn trails meandering amongst volcanoes. There are five volcanoes, ancient tips telling of the subterranean fire 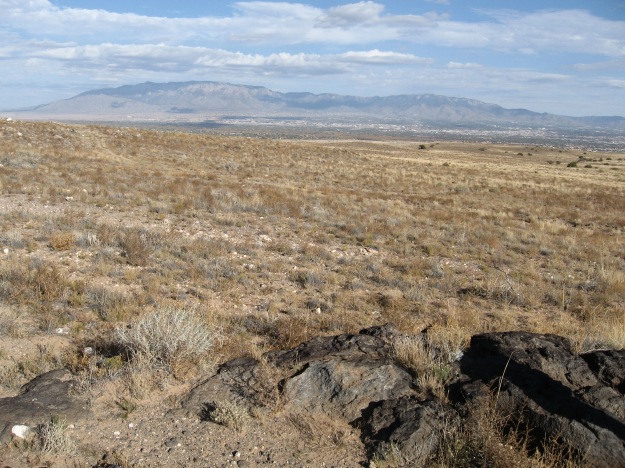 patterns on the land 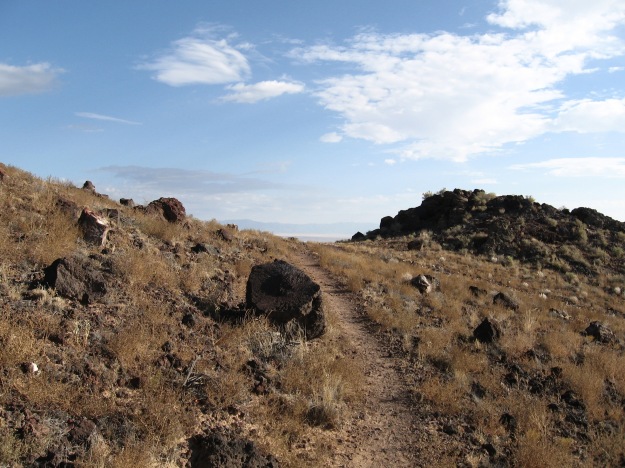 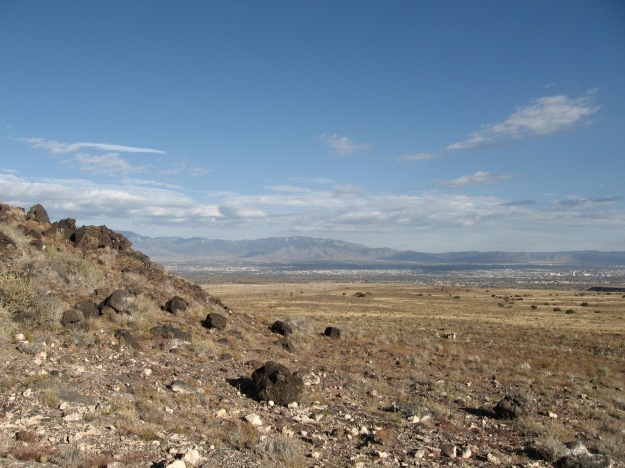 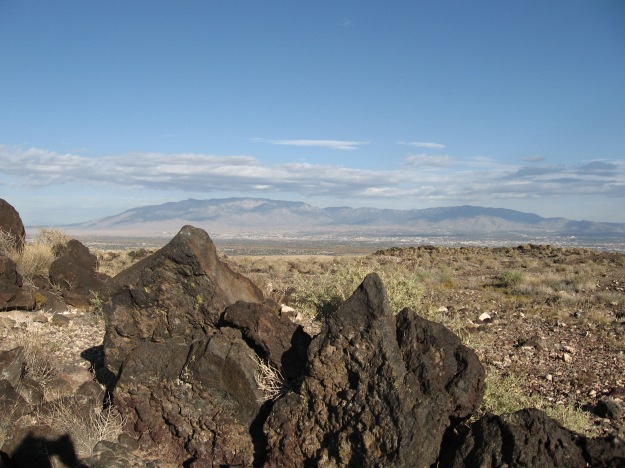 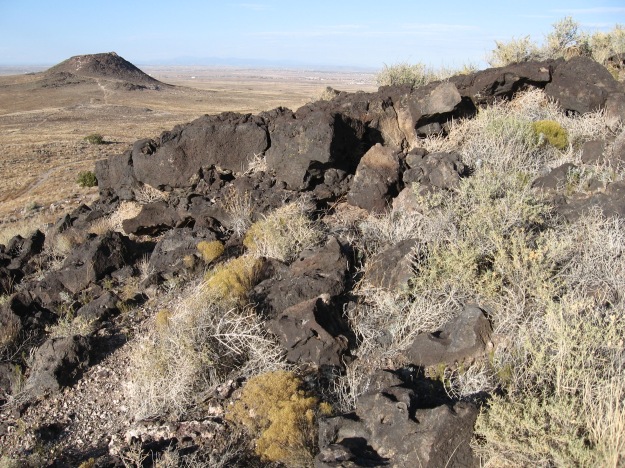 Everything at Petroglyph closes at 5pm, so we had to hurry back to our car.  The National Park ranger was there locking the bathrooms and waiting for us to go.  We went a little further down the road to the paved Paseo de la Mesa Trail, which is City Open Space.  This would be a good place to observe a moon or sunrise, the stars, or the balloon fiesta. 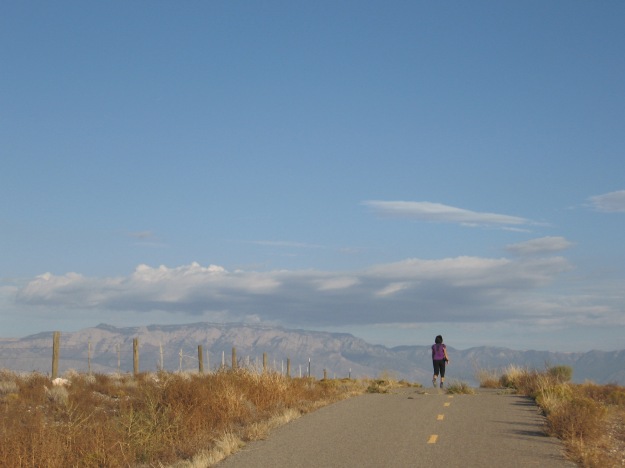 opening up to big sky

Reno, Flagstaff, now here. Wow! As a kid in Maryland, then Ohio, then Upstate New York, I never would have imagined